Soon after I started meditating in the early 2000s, I discovered Ken Wilber’s work. That was my first introduction to the world of mysticism. Wilber described altered states of mind and advanced stages of human development, and I found these ideas enticing. The idea that there might be beneficial states and stages that I hadn’t experienced yet was a revelation. I wanted to experience these myself—not just read about them.

The instructions I was seeking can be viewed as a form of technology; if that’s surprising to you, I’ll explain. In this episode, I clarify what technology for awakening is, and I describe the roles that religion, science, and engineering have played in developing this technology. I talk about how technology has supported my own spiritual journey, and I explore how devices and entheogens can be helpful for awakening.

What is Technology for Awakening, and Where Does It Come From?

Within the world’s religions, people have been developing technologies for awakening for a long time. They’ve given us instructions on how to meditate, how to use meditation to attain various states of mind and stages of development, how to use entheogens, and so forth.

But, in today’s world, who are the specialists in knowledge and technology? Scientists and engineers, of course! Science is a systematic approach to building knowledge, and engineering applies scientific knowledge to build technology. Could science and engineering help us improve the technology for awakening that originated in the world’s religions? I believe the answer is yes, and, in fact, I believe this is already happening.

For instance, let’s say that a geek like me, who comes from a science and engineering background, spends years following a contemplative spiritual path based on the teachings of various religions. When that geek wants to explain the path he followed, is he going to explain it exactly the way he learned it? Of course not! He’s going to apply the values and methods of science and engineering to improve the contemplative technology. He’s going to integrate, simplify, and clarify the path he followed. That’s what I tried to do in my book on cultivating mindfulness and insight, and that’s what I see other geeks doing, as well. I think this is a good thing.

But, what about the religions that have been the source of much of our knowledge and technology for awakening? Will they die out as science and engineering start playing a larger role? It’s possible—but somehow, I doubt it. Certainly, like most cultures, religions have been changing over time, and they’ll continue to change. Some will come, and some will go. I appreciate what I’ve gained from my participation in various religions, but overall, I’m more loyal to awakening than to any particular religion.

There are many additional sources of technology for awakening besides the world’s religions. I define awakening as evolution toward greater ability and propensity to serve the well-being of all, or evolution toward greater empowerment and greater compassion. So, I believe any technology that empowers us and helps us grow more compassionate should be considered a technology for awakening. This includes a wide range of technologies based on the social sciences. For instance, I believe coaching, psychotherapy, educational systems, self-help groups, personal development programs, and organizational development programs should all be considered technologies for awakening.

In my childhood and adolescence, I went to primary and secondary school. I’m not sure whether school was the ideal support for me, but it did help me learn many important intellectual, emotional, and social skills. These skills empowered me and helped me grow more compassionate—so, in that sense, school was a technology that supported my awakening.

It may sound strange to think of primary and secondary school as supports for awakening, so let’s explore this a bit more. Our culture supports our development up to a certain point: the point at which we reach the average stage of development of the people around us. After that point, we need to apply more effort if we want to continue our spiritual journey. We tend to think of what comes before that point as ordinary development and what comes after that point as spiritual awakening—but in my view, it’s all awakening.

To understand why I choose to think of awakening this way, imagine you were alive 7,000 years ago during the late stone age when farming was first being developed. If you were somehow able to travel in time to today’s world, go to primary and secondary school, then return to the Stone Age, you would have developed way beyond your peers. You’d be way more empowered and way more compassionate; you’d probably be viewed by your peers as having superpowers. And that’s with the same primary and secondary school education that seems so mundane to us today. So, it’s all relative.

Ordinary human development is a form of awakening. Let’s try to avoid the narcissistic tendency to make awakening into something special—something that separates the awakened ones from ordinary beings. We’re all in the same boat.

In my childhood and adolescence, I was fascinated with science and technology. Scientific American was one of my favorite magazines, I read physics textbooks for fun, and I loved computer programming. In college, I majored in computer science. In grad school, I spent plenty of time around scientists, since my advisor’s focus area was computational science—the application of supercomputers to simulate natural systems.

Science itself could be considered a technology because science is a practical method of building knowledge. I’ve heard that many scientists find their participation in science to be very meaningful and spiritually fulfilling. For some people, science itself is a spiritual path, and as a child, it certainly looked like I was heading in that direction. But, as I grew older, something about the culture of science started rubbing me the wrong way. I’ve often felt more at home with engineers than with scientists; I’ve always enjoyed the creative, pragmatic focus of engineering—the focus on creating useful technology. After grad school, I worked as a software engineer and project manager in the semiconductor industry for eight years.

In my early 30s, I was drawn to a self-help practice called Nonviolent Communication which focused on cultivating empathy and compassion. In my 30s and 40s, I used a number of other technologies to continue developing more self-awareness and social and emotional intelligence, including meditation and psychotherapy. This work helped me catch up on my social and emotional development, which had probably been delayed by undiagnosed Asperger’s. During this time, I also used qigong, yoga, breathwork, and ecstatic movement to increase my body awareness and to support my emotional healing.

In my late 30s and early 40s, I started doing a lot of meditation. I used a number of meditation practices to develop concentration, mindfulness, and insight; many of these practices came from Tibetan Buddhism. Meditation strengthened my attention and increased my ability to be aware of and regulate my thinking. (This ability is called metacognition). I also did some work with lucid dreaming and Tibetan dream yoga during this time.

I have way more experience using practices for awakening than using devices, but I have done a bit of experimentation with devices, too. In the 2000s, I experimented with neurofeedback, hooking electrodes up to my head and monitoring the amplitude of my brain waves as I was meditating. This seemed more distracting than helpful; I soon realized that my subjective experience of my mind already provided plenty of feedback—and I didn’t need any electronic technology to monitor my subjective experience.

During this same period, I also experimented with a state modification technology: listening to binaural beats while meditating. I wore headphones that played sounds that were supposed to entrain my brain waves into patterns conducive to deep meditation. Unfortunately, I didn’t notice much of an effect.

After this experimentation with devices, I started to appreciate the simplicity of being able to sit down and meditate anywhere, anytime, with no device setup required.

That’s all I have to report about my experiences with devices. Please don’t think I’m opposed to using devices for awakening; I just haven’t been drawn to this much myself. I’m sure many people have been putting good creative energy into developing helpful devices, and it’s possible some of these could be helpful for you. If you’ve had positive (or negative) experiences with any devices for awakening, please let us know in the comments section of this episode (at spiritualawakeningforgeeks.com/technology-for-awakening).

While we’re on the subject of devices, I should mention neuroimaging technology, which is currently being used by scientists to study the relationships between spiritual practices, altered states of mind, advanced stages of development, and the nervous system. Maybe, in the future, practical applications of this technology will be developed that will be helpful for awakening.

So far, we’ve covered technology in the form of practical knowledge and in the form of devices. There’s another form of technology that’s also relevant to this discussion: chemical substances. For instance, some people have found various psychedelic substances helpful on their spiritual journey; when used to support awakening, these substances are known as entheogens.

As of this writing, I have no experience with entheogens. I feel quite comfortable altering my state of mind through meditation, but for whatever reason, I’ve never been drawn to the idea of altering my brain chemistry through entheogens (or any other substances, for that matter). Apparently, research is starting to show that entheogens may have some benefits, but given that those benefits seem pretty similar to what I’ve already experienced through meditation, I’m going to stick with meditation, for now.

Not everyone has the time, inclination, or talent to become a skilled meditator, so, for some people, I can see how entheogens might make sense as part of their spiritual journey. It’s possible that entheogen use might lead to similar spiritual insights as certain forms of meditation; however, I suspect that meditation may have a number of benefits that entheogens may not have. For instance, meditation can support the development of concentration and metacognition.

Compared to entheogens, meditation seems to me to be a gentler path toward altered states of mind. If you’re having trouble altering your state of mind through meditation, before you jump to entheogens, I suggest you consider the possibility that you just might not be ready for certain altered states yet. I suspect that entheogen use could easily be overwhelming (in a bad way) if pursued too aggressively. Of course, meditation can also be overwhelming when it’s pursued too aggressively—but I’ll bet it’s a lot easier to overdo it with entheogens.

As of this writing, many entheogens are illegal in many parts of the world. I question whether these legal restrictions are a good idea; but for now, that’s where we’re at. If you feel inclined to explore entheogens, please seek guidance from appropriate experts and make sure you understand any associated legal, health, and mental health risks first.

I hope this episode has expanded your view of what technology is, expanded your view of what awakening is, and clarified the role that technology can play in your spiritual journey. In future episodes, I’ll discuss the pros and cons of a do-it-yourself, technology-assisted approach to awakening, and I’ll compare this do-it-yourself approach to alternative approaches that rely more on relationships with spiritual teachers and spiritual communities.

Thanks to Vincent Horn for his Buddhist Geeks episodes that introduced me to the ideas that meditation is a form of technology and that entheogens can support awakening. 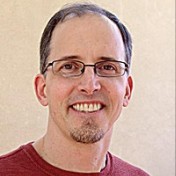